So, Book One of How the World Ends will be released on August the 14th, 2017.  It is now available as a pre-order at Amazon.com for the Kindle version 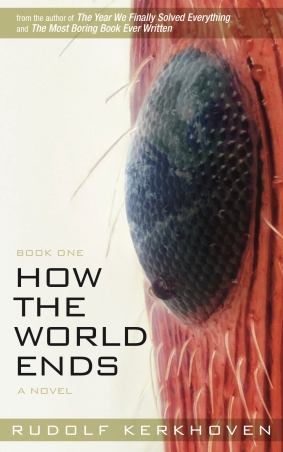 .  The paperback version will be available soon, as well.   I have to get a few more things ready for that, so not sure when.  There will be updates.

As you can probably tell, this means that my experiment with Kindle Scout let to a rejection, which is not at all surprising.  I’m actually more positive about the entire Kindle Scout experience than I expected, and I will most definitely use it again in the future.  Like I’ve said in the previous post, Book One is not meant to be a standalone story, so I didn’t expect it to be chosen.  Still, an interesting idea, even if I did refer to it as a crowd-sourced slush pile before.

As for Book Two, it will certainly be ready sometime in 2018, hopefully in the early part of the year.  I’ll see if Book Three will be released in late 2018 or 2019.  The drafts of all are complete, but I don’t want to needlessly rush their release.